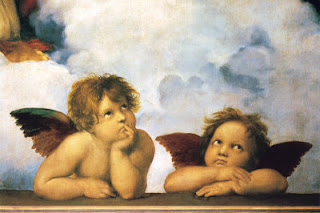 Thanks for doing the research! Excellent analysis! I've wondered about this since I first saw the painting, oh, maybe 20 years ago.

But, I'd also be interested in hearing more about Fouquet's style. It's so very unlike others of the era. Or, was it just this one picture?