If you’ll be in London between now and July 19th, try to get to the V&A to see their special exhibit, 1620-1800 Baroque – Style in the Age of Magnificence.

Baroque was the first artistic style to have a significant global impact. It spread from Italy and France to the rest of Europe, and then was carried to Africa, Asia, and Latin America by Portuguese, Spanish, Dutch and other European colonists, missionaries and traders. As European communities were established, craftsmen, artists and architects traveled and settled around the world. Trade in luxury goods and the distribution of art prints furthered the global dissemination of Baroque style. 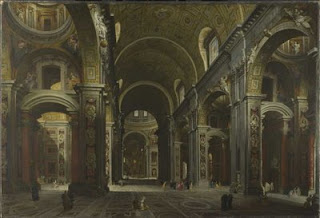 Art Daily Newsletter reports today that “The magnificence and splendour of Baroque, one of the most opulent styles of the 17th and 18th centuries, is the subject of the V&A’s spring exhibition. The exhibition will reflect the complexity and grandeur of the Baroque style, from the Rome of Borromini and Bernini to the magnificence of Louis XIV's Versailles and the lavishness of Baroque theatre and performance." 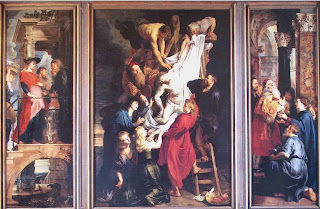 Among the roughly 200 objects on display will be religious paintings by Rubens and Tiepolo. Of particular interest to anyone who has been to Our Lady Cathedral in Antwerp is an oil sketch of the center panel of Descent from the Cross, the huge altarpiece Rubens painted for the Arquebusier Guild, which is still magnificently on view in that remarkable gothic edifice.

Mark Jones, Director of the V&A said: “Baroque is one of the most exuberant and dazzling design styles there has even been, an expression of European power and magnificence in the 17th and 18th centuries. Our exhibition will be the first to examine all the elements of Baroque including architecture, art and design and will look at how it established itself through Europe and then internationally as European power grew overseas.”