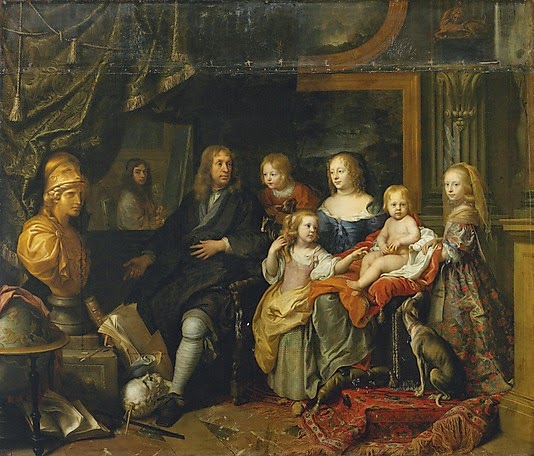 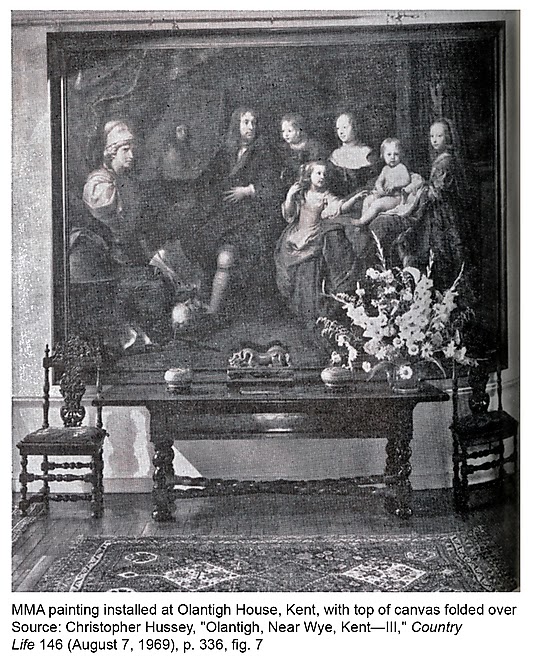 My appreciation of this painting started with what I saw when I took the time to look at the details -- or thought I saw, to my own personal satisfaction. Then my appreciation grew as I looked further, away from the canvas and into the writings of the art researchers who’ve studied this piece and the artist and the subject and the history that engendered it.   That is how Charles Le Brun’s monumental portrait of Everhard Jabach and his family moved from being just another 17th century portrait of  a wealthy man and his possessions to a picture with meaning. I begin to understand why Thomas P. Campbell believes that the acquisition of this painting “transforms the Museum’s European paintings collection by adding a defining work both in the history of art and in cultural and political history.”
Posted by Jane's Smart Art at 12:40 PM No comments: