Museum Attendance Up In 2011 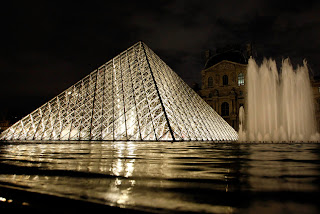 Attendance at museums was up in 2011.

The Louvre drew more than 8.8 million visitors last year — a 5% increase from a year earlier. Far more Russians and Chinese visited than ever before, but Americans remained the most numerous.

The Museo del Prado, the Museo Nacional Centro de Arte Reina Sofia, and the Museo Thyssen-Bornemisza, which together form the triangular Art Walk in Madrid, also broke attendance recvords in 2011. The Prado itself saw just shy of 3 million visitors, plus another 864,000 who attended the two Prado International exhibitions held in St. Petersburg and Tokyo.

And … lest you think attendance is up only at the world’s top museums, special exhibits at regional museums have been drawing record crowds. The Detroit Institute of Arts, for example, has broken recent attendance records with their Rembrandt and the Face of Jesus exhibit. An exhibition that explored the history of graffiti and street art brought record-setting crowds into the Museum of Contemporary Art in Los Angeles, attracting 201,352 visits over 81 days.

At the same time, sadly, the AP reports that Bosnia's oldest and most prestigious cultural institutions have begun closing their doors as a result of long-standing disputes among politicians from its three ethnic groups, and dwindling state funding. In 2011, the seven institutions — among them the 125-year-old National Museum whose collection includes the famed 600-year-old Jewish manuscript known as the Sarajevo Haggadah — received virtually no funding from authorities in the Balkan nation and can no longer finance their work or even cover their utility bills.