Perhaps Nothing Is Meant To Last Forever 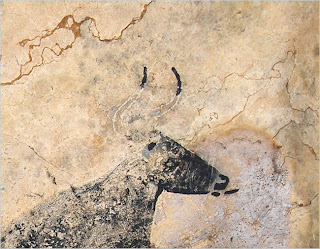 I suppose I’ve never actually thought about it until now, but I think I’ve been fooled into a subconscious assumption that modern science and civilized conscience can indefinitely protect whatever fragments of ancient life remain to us. But learning of yet another World Heritage Site in peril makes me realize that “indefinitely” is an unrealistically long time.

It’s been known since 2006 that melanin, a black pigment produced by a bacteria, has been staining the walls and permanently affecting the 17,000 year old cave paintings of Lascaux, in France.

According to CultureGrrl, Lascaux's administrators have been implementing an aggressive treatment they call "decolorization" to remove the melanin by physically scraping the affected areas. The scraping not only removes the melanin but also layers of the walls' surface, whether painted or unpainted, thus irrevocably altering one of mankind's most famous works of art.

While French officials assert the cave is close to reaching a microbiological equilibrium, members of the International Committee for the Preservation of Lascaux strongly disagree. They claim that just the opposite is happening. They can't both be right. We can only hope that this is not a case in which the cure is worse than the disease.

An incalculable amount of human creativity has been eradicated by war, arrogance and simple unmindfulness – realities of the human condition. But there’s something particularly sad about the destruction resulting from misguided preservation efforts. Our documentary use of today’s photographic technologies may be some consolation for generations to come who at least will have some visual evidence of what’s been lost. But they may well be saddened by the fact that they have the technology that could save what we couldn’t.
Posted by Jane's Smart Art at 3:31 PM No comments: 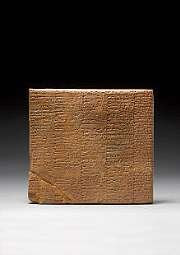 The tablet provides a remarkable insight into the daily life of this ancient civilisation and details the particular manner in which animals of one type are distinguished from others within their group. Sheep, for instance, are described as grass-fed or grain-fed, unplucked or plucked, which shows the importance placed upon specific features of the livestock.
Posted by Jane's Smart Art at 12:52 PM No comments: