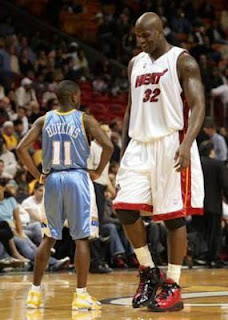 Size Does Matter, an exhibit curated by Shaquille O’Neal, will continue to run through May 27, 2010, at the Flag Art Foundation, a contemporary art space on W.25th St in NYC.
In an article in New York Magazine (02/15/10), when asked how he made his choices, Shaq said, "Art is a process of delivering or arranging elements that appeal to the emotions (...). The thing about size -- if it's big or small you have to look at it. Because I'm so big you have to look at me. I think of myself as a monument. But sometimes I like to feel small."
(Maybe by going to a planetarium? MJM) 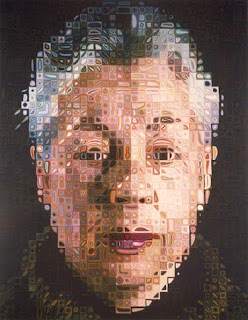 Shaq weighs 320 pounds and stands 7'1" in size 22 shoes, so he knows something about size relativity! He selected 66 works for the show, ranging from Andreas Gursky's billboard-size photograph, Madonna I, to a tiny portrait of Shaq himself, by Willard Wigan.

The exhibit, which includes works by international artists (including the likes of Chuck Close & Cindy Sherman), explores the ways that scale affects perception. Large and small objects require different viewing approaches, elicit unique responses, and reflect a variety of purpose. The exhibit demonstrates how scale can be treated as a key compositional component in a variety of media. 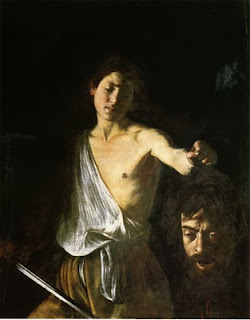 But I believe the effort to be misguided, if -- in trying to facilitate the experience for modern audiences – the work becomes even further removed from the context in and for which it was created.
Museum illumination is a fine art in itself … especially for work produced pre-electricity.
Posted by Jane's Smart Art at 5:57 AM 1 comment: