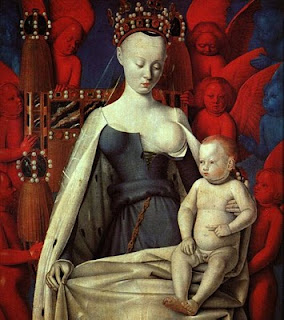 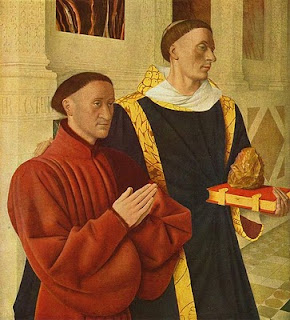 The "Melun diptych" (c. 1450) originally stood on an altar in the cathedral at Melun, 25 miles southeast of Paris. One of Fouquet’s most important paintings, the Virgin and Child panel faced the left-hand wing -- now in the Gemäldegalerie in Berlin -- which depicts Etienne Chevalier with his patron saint, St. Stephen.
Posted by Jane's Smart Art at 1:52 PM