More Exhibits Worth A Trip

Here's info on two more summer exhibitions, one in Madrid, one in Sydney; plus two shows to plan for: Washington DC in the Fall, and Boston in 2011. 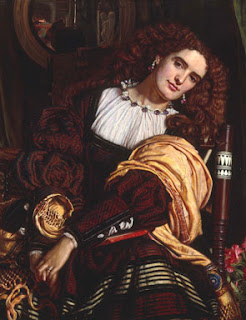 Victorian Visions presents an impressive collection of 45 paintings, watercolors, drawings and sculptures by some of the luminaries of Victorian art, including works by Rossetti, Holman Hunt, Burne-Jones, Leighton, Poynter, Watts and Waterhouse. This is the first time that many of these works have been seen in Australia.

The prosperity of the Victorian era (1837-1901) transformed the British art world, creating a community of artists who were free to create paintings that depicted powerful stories from ancient history and contemporary life with a new richness of color and wealth of detail. Many of the works in the exhibit are superb examples from these significant artists, including the impressive 2.6-metre tall painting Marianne by J W Waterhouse; Holman Hunt’s Il Dolce Far Niente; Richard Redgrave’s The Tempstress; and Leighton’s Athlete Struggling with a Python, long recognized as the seminal work in British new sculpture.

Una casa-un palacio is an exhibition featuring the works referred to by Le Corbusier in a lecture he gave in Madrid in 1928. The exhibit shows how Le Corbusier’s priciples of design confronted the rational and optimal resolution of technical, functional and economic problems, without forgetting beauty. The exhibition includes a selection of photographs and original plans of Le Corbusier’s works, projects, paintings and pieces of furniture, dated around the year 1928, as well as a number of photographs, letters and documents.

Domestic architecture is represented by Villa Cook, Villa Stein and two houses at Weissenhof in Stuttgart, and the Palace of the League of Nations project in Geneva represents institutional architecture. Charles-Edouard Jeanneret (1887-1965), better known as Le Corbusier, was a heroic figure from the history of architecture. Considered by many “The Architect” of the 20th century, Le Corbusier has all the features that define Modern architecture.

Illustrating its unconventional approach to displaying art, The Phillips will present loosely themed groupings of some of its own masterworks plus important works from Oberlin College’s Allen Memorial Art Museum. Half of the 24 paintings and one sculpture on loan from the Allen are old masters, dating from the 16th to the 18th centuries. They include rare works by painters of the British, Dutch, Flemish, French, German, Italian, and Spanish schools.

Included among the old masters will be one of the most important examples of northern baroque painting in the United States, Hendrick ter Bruggen’s Saint Sebastian Tended by Irene (1625); The Fountain of Life, a superb 16th-century painting probably painted in Spain after a work by Jan van Eyck; and Joseph Wright of Derby’s night scene Dovedale by Moonlight (c. 1784–85). Oberlin’s modern holdings include works by Alberto Giacometti, Barnett Newman, Pablo Picasso, and Mark Rothko.
++++++++++++++++++++++++
BOSTON - Boston Athenæum
Elegant Enigmas: The Art of Edward Gorey 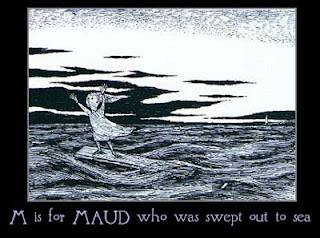 The imaginary world of artist and author Edward St. John Gorey (1925-2000 maintains a delicate balance between the hilarious and ominous uncertainty.

Gorey’s love of literature and the ballet, and his off-beat and ironic sense of humor, resulted in a sardonic and witty oeuvre; this exhibition explores the diversity of his art through original pen and ink illustrations, preparatory sketches, unpublished drawings, and ephemera.