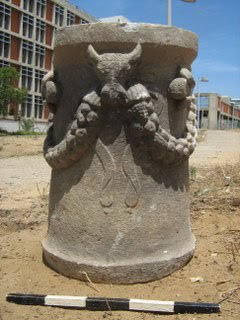 I wonder if building contractors in lands with long histories eventually become inured to archeological delays on their projects?
Posted by Jane's Smart Art at 8:26 AM