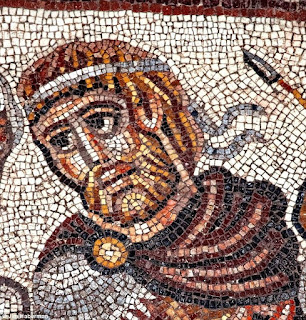 This is a unique and important discovery because of the high level of artistic skill it evidences, as well as the fact that the depiction of Alexander the Great is the first non-Biblical figure ever to be discovered in a mosaic in an ancient synagogue.
Posted by Jane's Smart Art at 10:12 AM