At the Cincinnati Art Museum
Genius and Grace: François Boucher and the Generation of 1700
through May 11, 2014

More than seventy master drawings by a group of artists known as “The Generation of 1700.” This group of artists born in or around the year 1700, includes François Boucher, Charles-Joseph Natoire, and Jean-Baptiste-Siméon Chardin. Their work epitomizes the French grand manner: from Boucher’s sumptuous reclining female nude, to a rare, early pastel by Chardin, to a mature self portrait by theDirector of the French Academy, Charles Coypel.

At the Taft Museum of Art
Threads of Heaven: Silken Legacy of China’s LastDynasty
through May 18, 2014 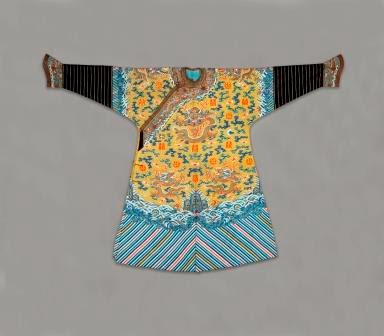 A selection of exquisitely embellished robes, accessories, and textiles from the Qing dynasty. These rarely seen items include imperial silk robes, hats, fans, sleeve bands, rank badges, jewelry, shoes, and wall hangings. The exhibition will provide an enriched context for the Taft’s porcelains, which share a number of decorative motifs and symbols with the visiting objects. 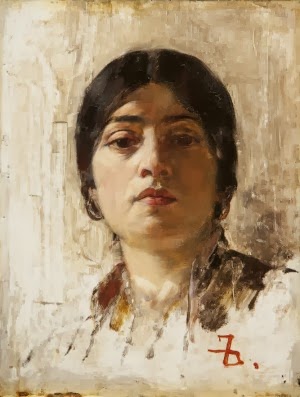 A group of diminutive oils featuring landscape, portrait, and figure paintings by 18th- and 19th-century artists from the United States, France, and Holland.

Frank Duveneck, An Italian Woman, about 1880, oil on panel.
Taft Museum of Art,