Would That I Could Get to the Getty 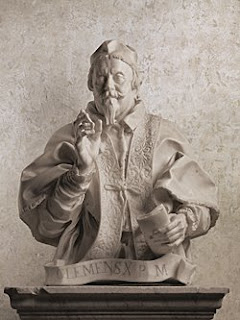 LOS ANGELES - To celebrate Italian Language Week, the J. Paul Getty Museum is offering a special one-hour overview -- in italiano -- of the current exhibition: Bernini and the Birth of Baroque Portrait Sculpture.
Gian Lorenzo Bernini (1598-1680) is considered the greatest Baroque sculptor, and his unparalleled talent as a portrait sculptor transformed the practice and earned him the patronage of the Catholic Church and nobility in 17th- century Rome. Co-organized by the J. Paul Getty Museum and the National Gallery of Canada in Ottawa , Bernini and the Birth of Baroque Portrait Sculpture is the first major exhibition of Bernini's work in North America and the first ever comprehensive exhibition of the artist's portrait busts.
On view at the Getty Center through October 26, 2008 , the special exhibition also includes Bernini's portrait drawings, as well as portrait busts by other important sculptors in 17th-century Rome such as Francesco Mochi, François Duquesnoy, Giuliano Finelli, and Alessandro Algardi. If you’ve been to Rome, you know Bernini. If you’ve listened to the Jane’s Smart Art audio guide to St. Peter’s Basilica, you’re also familiar with the work of Mochi, Duquesnoy, and Algardi. 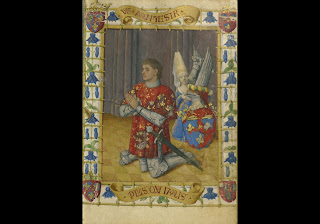 As a complement to the Baroque portraiture exhibit, the Getty Center has mounted another temporary exhibit at , Faces of Power and Piety: Medieval Portraiture -- also through October 26, 2008.
The goal of medieval portraiture was to present a subject not at a particular moment in time, but as the person wished to be remembered through the ages. “While modern portraiture strives to capture the accurate likeness of a specific person, medieval portraiture was primarily valued for its ability to express an individual’s social status, religious convictions, or political position,” says Elizabeth Morrison, curator of manuscripts, J. Paul Getty Museum.
Art Daily provides a schedule of related lectures, gallery talks, & concerts in Sept and Oct.

New operating hours and parking fees
Henceforth, the Getty Center will close at 5:30 pm (a half hour earlier than previously) on Sundays and Tuesday through Friday. Saturdays it will remain open until 9pm. The Getty Center is closed on Mondays. Ticketed events and performances will still be presented on Friday evenings, but the galleries will not be open to the general public. Getty Villa hours will remain unchanged.
Admission to both Museums remains free.
In addition, beginning on Sept. 9, parking fees at both the Getty Center and the GettyVilla increased from $8 to $10.
Posted by Jane's Smart Art at 12:50 PM