I’ve learned to scan my art-related news sources super-quickly — otherwise I get sucked into daydreaming about traveling hither and yon to experience all the great art the world has to offer!

I've struck upon an excuse to pause in my scanning, when something grabs my interest, to pass it along in this blog to the traveling art-afficionados among you who might be in the enviable position to actually be able to hie yourselves hither!
Istanbul - Istanbul’s Sakip Sabanci Museum will host a huge modern art exhibition of 270 works by the late Spanish surrealist Salvador Dali, from September 19 until January 19. 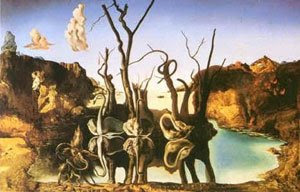 With 33 oil paintings, 113 sketches and 123 graphics, it will be the largest ever mounted by the Gala-Salvador Dali Foundation outside the artist’s Catalan hometown of Figueres.

In 2005 and 2006 a major exhibition of works by another Spanish painter, Pablo Picasso, broke all records for a Turkish gallery, attracting a quarter of a million art lovers, so this show opens with high expectations for another blockbuster.

While you’re there be sure to check out the Museum’s permanent collection, which includes early Turkish painting as well as the works of foreign artists who worked in Istanbul during the later years of the Ottoman Empire; 500 years of the art of Ottoman calligraphy; and exhibited in the garden of the Museum, archaeological stone pieces of the Roman, Byzantine and Ottoman eras.
Zaragoza - Last week an exhibition “El Greco. Toledo 1900″ opened in the recently renovated Paraninfo Building of the University of Zaragoza until November 30. 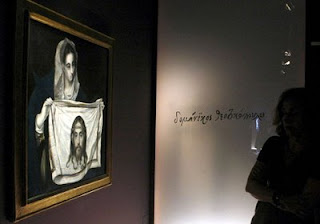 The exhibition of 27 canvases produced by El Greco and his workshop, is a gathering of works which have hung in different public and private collections in the city of Toledo. Among the canvases is a group of portraits of the Covarrubias brothers, sons of the architect who designed the Cathedral in Toledo.
Admission to the exhibit is free. The open hours are Monday through Saturday 10am – 2pm and 5pm - 9pm (only 5pm - 9pm on Fri Sept 19); Sunday and holidays from 10am to 2pm.

From the Art Daily Newsletter: “El Greco was born in Crete, which was at that time part of the Republic of Venice, and the centre of Post-Byzantine art. He trained and became a master within that tradition before travelling at age 26 to Venice, as other Greek artists had done. In 1570 he moved to Rome, where he opened a workshop and executed a series of works. During his stay in Italy, El Greco enriched his style with elements of Mannerism and of the Venetian Renaissance. In 1577 he moved to Toledo, Spain, where he lived and worked until his death. In Toledo, El Greco received several major commissions and produced his best known paintings.

“El Greco’s dramatic and expressionistic style was met with puzzlement by his contemporaries but found appreciation in the 20th century. El Greco is regarded as a precursor of both Expressionism and Cubism, while his personality and works were a source of inspiration for poets and writers such as Rainer Maria Rilke and Nikos Kazantzakis. El Greco has been characterized by modern scholars as an artist so individual that he belongs to no conventional school. He is best known for tortuously elongated figures and often fantastic or phantasmagorical pigmentation, marrying Byzantine traditions with those of Western painting. ”
Posted by Jane's Smart Art at 12:51 PM

Yes, "Swans Reflecting Elephants" by Dali is a work you can spend some time examining for hidden imagery.