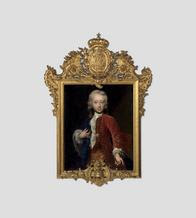 A selection of 92 frames dating from between 1600 and 1850 will highlight frames which are of special importance either stylistically or historically in the development of frame design -- from highly elaborate ones to miniature versions. Of particular note will be the Dutch cabinet and Lutma frames, as well as inlaid examples from the Rococo period.
Posted by Jane's Smart Art at 6:59 AM